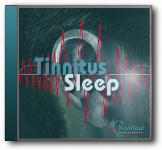 Evaluation of the customer satisfaction among users of the MedicLaser+TinniTool
IHA-GfK, Finn Andersen, Gabriele Deterville, ISO-certified (ISO-9001), in accordance with the standards of Swiss-Interview

"SThe IHA-GfK is the most renowned institut of market study in Switzerland. The results given and statements made in this presentation correspond 100% to the data collected and are fully valid.

A total of 141 patients were interviewed, afther the treatement of MedicLaser+TinniTool. The results are very success-promising, since it can be assessed that other therapies known in the market are much far from these values.

"In a double-blind placebo-controllesd study low-level-laser light was applied to 175 patients with chronic tinnitus. The patients received 3 single irraditations with different diode-laser with 635-830 nm and dosages from 4 to 100 Joule/cm2.

Low-level laser therapy for chronic tinnitus has been well tolerated without side effects. In general higher dosages caused to a stronger attenuation of tinnitus.

In comparison to placebo: - tinnitus loudnes is improved by laserlight of 780 nm - tinnitus is attenuated by laserlight between 690 and 830 nm concerning visual analogue scales of 5 different parameters. - total tinnitus score has been improved by irradiation with laserlight of 635 up to 830 nm. Regarding those results, tinnitus-laser offers an innovative ans secure way of effective tinnitus treatment in patients with chronic tinnitus. Tinnitus-laser are a new therapeutic system for chronic cochlear tinnitus without risk of side-effects."

"A new and promising indication for laser therapy is tinnitus. This inner ear disease is a growing problem in noisy modern society and the number of persons suffering from tinnitus is increasing. Traditional treatment for tinnitus is psychological support or various masking procedures. Acupuncture and ginko extracts have been tried with limited success. Laser therapy alone offers a new and promising treatment modality.

The correlation between tinnitus/vertigo and cranomandibular disorders (CMD) has been known for quite some time, yet few dentists seem to be aware of this. It is not natural for the dentist to ask, nor for the patient to inform the dentist about such a situation since it does not appear to be a dental indication. However, quite a number of tinnitus/vertigo patients will be relieved of their symptoms if a proper CMD treatment is performed. Low level lasers have been used to treat tinnitus patients with reasonable success, if sufficient energy and suitable treatment technique is used. These lasers have also proved themselves successful in the treatment of CMD. It is obvious, therefore, that low level laser therapy is an appropriate treatment modality for the yet undefined subgroup of tinnitus/vertigo patients with a CMD background. Laser therapy will reduce pain levels, ease muscular spasms and revert the vicious circle."

"Low-level-laser-therapy (LLLT) targeting the inner ear has been discussed as a therapeutic procedure for cochlear dysfunction such as chronic cochlear tinnitus or sensorineural hearing loss. Former studies demonstrate dose-dependent biological and physiological effects of LLLT such as enhanced recovery of peripheral nerve injuries, which could be of therapeutic interest in cochlear dysfunction. To date, in patients with chronic tinnitus mastoidal and transmeatal irradiation has been performed without systematic dosimetric assessment. However, light-dosimetric studies on human temporal bones demonstrated that controlled application of laser light to the human cochlea depends on defined radiator position within the external auditory meatus. This feasibility study first presents a laser application system enabling dose-controlled transmeatal cochlear laser-irradiation (TCL), as well as preliminary clinical results in patients with chronic cochlear tinnitus. The novel laser TCL-system, consisting of four diode lasers (lambda=635 nm-830 nm) and a new specific head-set applicator, was developed on the basis of dosimetric data from a former light-dosimetric study. In a preliminary clinical study, the TCL-system was applied to 35 patients with chronic tinnitus and sensorineural hearing loss. The chronic symptoms persisted after standard therapeutic procedures for at least six months, while retrocochlear or middle-ear pathologies have been ruled out. The patients were randomised and received five single diode laser treatments (lambda=635 nm, 7.8 mW cw, n=17 and lambda=830 nm, 20 mW cw, n=18) with a space irradiation of 4 J/cm2 site of maximal cochlear injury. For evaluation of laser-induced effects complete otolaryngologic examinations with audiometry, tinnitus masking and matching, and a tinnitus-self-assessment were performed before, during and after the laser-irradiation. The first clinical use of the TCL-system has been well tolerated without side-effects and produced no observable damage to the external, middle or inner ear. Changes of tinnitus loudness and tinnitus matching have been described. After a follow-up period of six months tinnitus loudness was attenuated in 13 of 35 irradiated patients, while two of 35 patients reported their tinnitus as totally absent. Hearing threshold levels and middle ear function remained unchanged. Further investigations by large double-blind placebo controlled studies are mandatory for clinical evaluation of the presented TCL-system and its therapeutic effectiveness in acute and chronic cochlear dysfunction. Used by permission of the Czech Society for the Use of Laser in Medicine."

"The light distribution inside the cochlear windings produced by irradiation of the tympanic membrane was quantitatively measured ex vivo for wavelengths of 593, 612, 635, 690, 780 and 805 nm by means of video dosimetry. The transmission of light across the tympanic cavity and the promontory depends strongly on the wavelength. Spatial intensity variations of a factor of 10 and more inside the cochlear windings have been measured. The clinical study was performed with 30 patients suffering from chronic permanent tinnitus. 5 irradiations within 2 weeks each with a space irradiation of 4J/cm2 were applied at the cochlear position to be treated. Diode lasers of 635 or 830 nm, 15 patients each, were used. During and after irradiation there was no significant change of hearing. However, 40% of the patients reported a slight to significant attenuation of the tinnitus loudness of the treated ear. There was no difference between the two wavelength groups."

"Has investigated the effect of infrared laser applied directly into the meatus acousticus, 21 J, once a week for 10 weeks. The result of this non-controlled study is as follows: 26% of the patients reported improved duration, 58% reduced loudness and 55% reported a general reduction in annoyance. The same author [687] has also examined the effect of light on the cochlea using guinea pigs. Direct laser irradiation was administered to the cochlea through the round window. The amplitude of CAP was reduced to 53-83% immediately after the onset of irradiation. The amplitude then returned to the original level. The results of this investigation suggest that laser therapy might lessen tinnitus by suppressing the abnormal excitation of the eighth nerve of the organ of Corti."

"Has performed an ex-vivo laser penetration study. Based on these findings it was possible to calculate the energy needed to obtain a dose of 4 J/cm2 in the cochlea itself. Irradiation via the mastoid showed values 103 to 105 times smaller (depending on wavelength) than irradiation through the tympanic membrane. 30 patients were treated five times within 2 weeks. One group was irradiated with 635 nm diode laser, the other with 830 nm diode laser. By self-assessment around 40% of the patients reported a slight to significant attenuation of the tinnitus loudness of the irradiated ear."

"Examined 120 patients with an average duration of tinnitus of 10 years. The patients underwent pure-tone audiometry, speech audiometry and objective audiometry tests. The intensity and frequency of tinnitus was also determined. EGb 761 was administered 3 weeks before the start of laser therapy. The patients underwent 10 sessions of laser therapy, each lasting 10 minutes. An improvement in tinnitus was audiometrically confirmed in 50.8% of the patients; 10 dB in 18, 20 dB in 22, 30 dB in 10, 40 dB in 6 and 50 dB in 5 patients."